It’s easy to forget that dogs started out like wild animals, as predators feared by humans, and rightfully so. We play with them, they sleep in our beds, they help rescue people in need, all over the world. We trust them, and after thousands of years, they’ve definitely earned that trust. It would take a lot for any dog to deliberately harm a human, and they trust us to treat them the same way. But it’s still important to remember that dog bite forces are strong, capable animals and that some breeds’ bite is stronger than their bark.

What, exactly, is bite force? The unit used to calculate bite force is PSI, which means “Pound per Square Inch”, or “Pound-Force per Square Inch”. In other words, it’s the measured result of all the pressure applied over one square inch of a pound. The pressure of an average tire, for example, is generally around 32 PSI. When it comes to dogs, it refers to the force a dog is able to apply through their bite. For comparison, the average human bite force is 120-140 PSI, and that of a grizzly bear is around 1250 PSI, which is way above the strongest bite force of any dog. Even the gray wolf only falls around 406 PSI, and a lion doesn’t get above 691 PSI.

A dog on the list of strongest bite force isn’t necessarily more prone to biting. In fact, there is no difference at all in temperament when it comes to dogs with high PSI and low PSI. It’s simply a matter of being bred for different things, and these breeds can be trained to be gentle, just like any other. But it’s still important to keep in mind that if they were to bite, even as an instinctive response to being startled, i.e. by accident, they could do a lot of damage. In this case, they differ from other dog breeds, which don’t belong on the list of dogs with the strongest bite force.

At the top of the list of breeds with the strongest bite force, you’ll find the Kangal Dog. It’s not a particularly well-known breed and originates in Turkey, where it’s been bred to protect flocks and livestock from predators. With dog bite force of a whopping 743 PSI, the Kangal could easily take on bears and wolves, and they’re natural-born guard dogs. In contrast, they’re very gentle with children and other animals, and they’re known for their loyalty. The Kangal is generally agreed to have the strongest bite force of any dog breed in the world.

A dog that looks quite intimidating, compared to the fluffy Kangal, is the Cane Corso. This guard dog breed hails from Italy and has a bite force of 700 PSI. With the proper training, a Cane Corso is considered friendly and docile, which makes them great companions, but they take the protection of their family very seriously. Another breed from the mastiff family that belongs on this list of strongest bite force among dogs, is the Dogue de Bordeaux. Also known as the French Mastiff, this pup has a bite force of 556 PSI, but is still known as something of a gentle giant when it comes to their family.

Many might expect the Rottweiler to end up on this list, and they’d be right. The Rottweiler is a breed famous for its strong bite and guarding instincts, but while this dog was originally bred to be a bodyguard, they’re happy-go-lucky and friendly. With the proper training, the Rottweiler can make an excellent family dog ― but they still have a bite force of 328 PSI, which should be considered. The American Bulldog is part of the list of strongest bite force, with a bite of 305 PSI, closely followed by the Doberman Pinscher, who boasts a PSI of 245. Both are protective breeds, but incredibly friendly and loyal with the right training, and the Doberman especially has been used for decades by police and military, all over the world. In fact, the Doberman is sometimes considered quite shy, compared to many other dogs.

The German Shepherd is a beloved breed, consistently one of the most popular breeds in the world, and there’s no wonder why. This dog is incredibly versatile, with high intelligence and a strong work ethic, not to mention loyalty and a friendly disposition. They have a bite force of 238 PSI and are often used by law enforcement for various jobs, as their nose is also quite impressive.

Considering the reputation of the American Pitbull, you might expect this breed to end up closer to the top of the list when it comes to the strongest bite force. But the Pittie actually ends up near the bottom, with a bite force of 235 PSI. It’s still powerful, but not nearly enough to justify the prejudice toward this breed, and others like it. The Pitbull is a stocky dog, protective and friendly, and with the proper training, they make great, loving companions.

What dog has the strongest bite force? It takes some impressive strength to end up on the list of strongest dog bite force, and making it into the top ten are the Chow Chow and the Malinois. The Chow Chow doesn’t look particularly intimidating ― they’re practically made of thick fluff ― but they’re actually originally bred for hunting. They have a bite force of 220 PSI and are known for being a little standoffish when it comes to other dogs. With proper training and socializing, though, the Chow can be just as friendly and chill as any other dog.

The Malinois, also known as the Belgian Shepherd, is known for its amazing sense of smell. They’re used all over the world by police agencies, and sniff out drugs and explosives with high accuracy. Their temperament is gentle and friendly, so the chances of them biting aren’t that high, but their bite force is 195 PSI, which is still quite impressive. And while this puts them at the bottom of the list, that bite force is still more than enough to easily break a bone with just one try.

Dog breeds that belong on the list of strongest bite forces are often misunderstood as being more aggressive, or prone to biting. What dog breed has the strongest bite? Why else would they be able to cause so much damage? But in truth, the traits that make them great guard dogs, whether it’s protecting people or livestock, also make them loyal and loving. They tend to adore their family, and while they’ll definitely hold their ground when threatened, they are no more likely to attack than any other breed. Still, it’s good to keep in mind just how strong these breeds can be, if you’re considering getting one, especially when it comes to children. Just make sure to train and socialize your dog properly, and you’ll have a happy life together.

Dogs are one of the most beloved household pets, and the reasons are endless: loyalty, loving, playful, and whatnot. However, behind that, love and affection are hidden, an instinctive hunter, which can reflect in the bite of most dog breeds. The bite force of dogs might vary widely and is calculated in ‘pounds per square inch’ (psi). 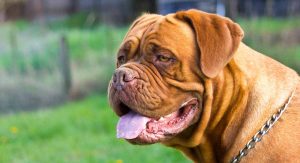 Let’s commence the list with Dogue de Bordeaux or French Mastiff, with a bite force of 556 psi. These dogs are popular family pets and are incredibly affectionate, but only with the people, they know. Although these dogs are lazy, their size and bite force can be a threat to strangers. If you are considering adopting a French Mastiff, watch out for their drooling as well as they drool a lot. 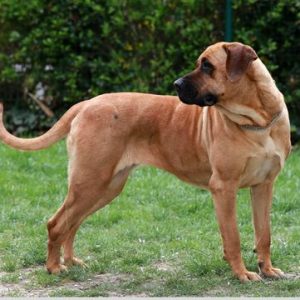 Originated in Japan, Tosa Insu is a cross of Bull Dog, Great Dane, and Mastiff, and carries a bite force of 556 psi. Apart from substantial size, Tosa Inu is challenging to train, and if not socialized early, they can pose a significant risk of aggression and bites. If appropriately trained, Tosa Inu is a beautiful breed with family and familiar people who love to impress and show affection. 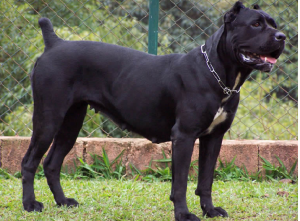 With 700 psi bite force, the Italian Mastiff or Cane Corso is one of the top three strongest dog breeds in terms of bite force. Originally bred as a hunting dog, cane Corso bite force is a large dog breed from the outside but is very soft and affectionate to both humans and other dogs. However, with such a strong bite force, it is essential to provide early training to avoid any accidents. 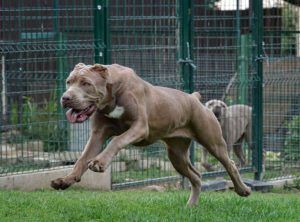 If you are not an ardent dog follower, you might have never heard of this breed. With a bite force of 730 psi and sturdy build, Bandog is a brutal animal if not appropriately trained. This breed is a cross between a bulldog and mastiff and the strongest dog, brave, and extremely loyal. To train this breed properly, you need to be an assertive and equally strong leader. Once you train this breed right, Bandog is easy to take after and makes a great companion. 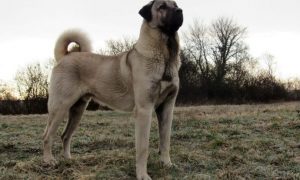 Topping the list with 743 psi is Kangal, a Turkish dog breed that is very loyal, protective, and defensive towards its family. Raising a Kangal is challenging, and if you can’t be the leader, the Kangal dog bite force will misbehave and might end up biting in the protection of its family. However, if you train this dog right, it can make an excellent family pet, especially for children.

A BRIEF LOOK AT THE DOG FAMILY

It is worthy to note that all dogs are from the same family, i.e., Canidae. The Canids are actually from another part of a much larger group known as the Carnivora

Taking note of the varieties of dogs and the wild Canids, some scientists like Charles Darwin thought that the diverse type of dogs might have come from the different types of wild canids. Nevertheless, recent DNA review has proven that dogs indeed descended exclusively from wolves.

However, the main focus of this article is basically on dog bites.